The music of the Sixties was a magnificent amalgamation of cultural events. Popular 1960s music came from so many different segments of society.

The Fifties were a time when people became introduced to rock and roll music, but the Sixties exploded with rock, pop, rhythm and blues, folk, and more, giving us choices broader than any other decade before or after.

As the Sixties first opened, we were still loving music that came mostly from prepackaged performers.

Some early rock and rollers like Buddy Holly and Chuck Berry had broken barriers, though.

Way back then before we had Michael Jackson, the King of Pop, we had Elvis Presley, who became known far and wide as the King of Rock and Roll; there was James Brown, the Godfather of Soul; and the Beatles, who broke all the barriers and defied any attempts to be labeled. Before the divas like Christina and Britney, we had Aretha, the Queen of Soul. Both movie and recording studios managed and presented their stars to fit a preconceived notion of what the public liked. They were clothed and coiffed to the standard of the times.

We had singers like Frankie Avalon, Annette, and Bobby Vinton giving us polished performances every time they went out on stage. Whenever we listened to Percy Faith’s “Theme from A Summer Place”, we all wanted to be Sandra Dee or Troy Donahue, and in 1961 it was the first movie theme to win a Grammy as well as top the charts.

Chubby Checker, whose name was a take-off on Fats Domino’s moniker taught us how to twist, and do the pony, and limbo. We learned how to do the mash potato from Dee Dee Sharp, and then Wilson Pickett wrapped up all those wild moves in 1966’s “Land of 1000 Dances. There was another side to rock, too, with the East Coast doo-wop sound and the West Coast California surf sound.

But next we were hit by the British Invasion. The Beatles sound failed to catch on in the United States until late 1963, when disc jockeys fielded repeated requests to play “I Want to Hold Your Hand.” Following the Beatles historical appearance on The Ed Sullivan Show, many other British rockers came to American shores:

The Animals, Gerry and the Pacemakers, Herman’s Hermits, and the Dave Clark Five. The Rolling Stones were part of that invasion. Single or duet performers included Petula Clark, Cilla Black, Dusty Springfield, Chad and Jeremy, Peter and Gordon, and many others. The Beatles demonstrated their visionary influence in 1967 when their hits “Penny Lane” and “Strawberry Fields” were issued as the first music videos.

For those who liked a little more soul in their music, the performers from Chicago-based Cadillac Records were playing their tunes. Rhythm and blues actually evolved from music of the early 1900s, which in turn derived from field hollers and chants of the slaves in the 1800s. By the 1960s, musicians popularized this rhythmic format, and they competed with the Motown sound that surged loud and clear out of Detroit motor town.

As the decade wore on we heard from mavericks like James Brown, Otis Redding, Stevie Wonder, and Aretha Franklin. The Supremes, the Temptations, and Junior Walker and the All-Stars were all popular, but one of the earliest and best from this genre was Marvin Gaye, starting with “I Heard It Through the Grapevine.”

But the times, they were a-changin, and folk rockers like Bob Dylan and Joan Baez gave us the music that heralded our social unrest.

The Vietnam War draft, women’s liberation, and other counterculture issues gave us songs asking questions, like Dion’s 1968 ode to Abraham, Martin, and John, or they wondered what things would be like in a thousand years. They complained about not liking their jobs and people who hated long hair.

The Woodstock Music Festival was never supposed to explode the way it did, but it summed up the Sixties and it launched psychedelic and heavy metal rock into the next decade. We heard many 1960s party songs from Jimi Hendrix and Janis Joplin, who would never see the Seventies. Others, like Joe Cocker, Sly and the Family Stone, and The Who, entranced their wet, hungry audience.

Some significant artists of the decade like the Moody Blue and Led Zeppelin failed to appear for one reason or another. The Doors weren’t there either, but they made history a few years earlier with “Light My Fire” by singing lyrics on The Ed Sullivan Show that were forbidden by the show’s censors.

If you’re looking for 1960s party songs, there’s something for everybody.

There are also some great 60s songs spread throughout the Mad Men series.

Whether you want to hear about “Teen Angels” or “Purple Haze,” you are guaranteed to find a sound that fits your mood. 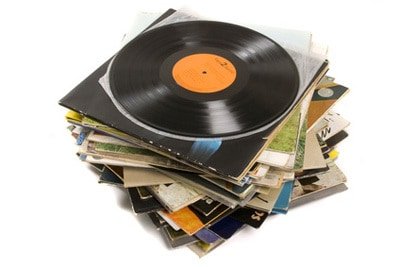